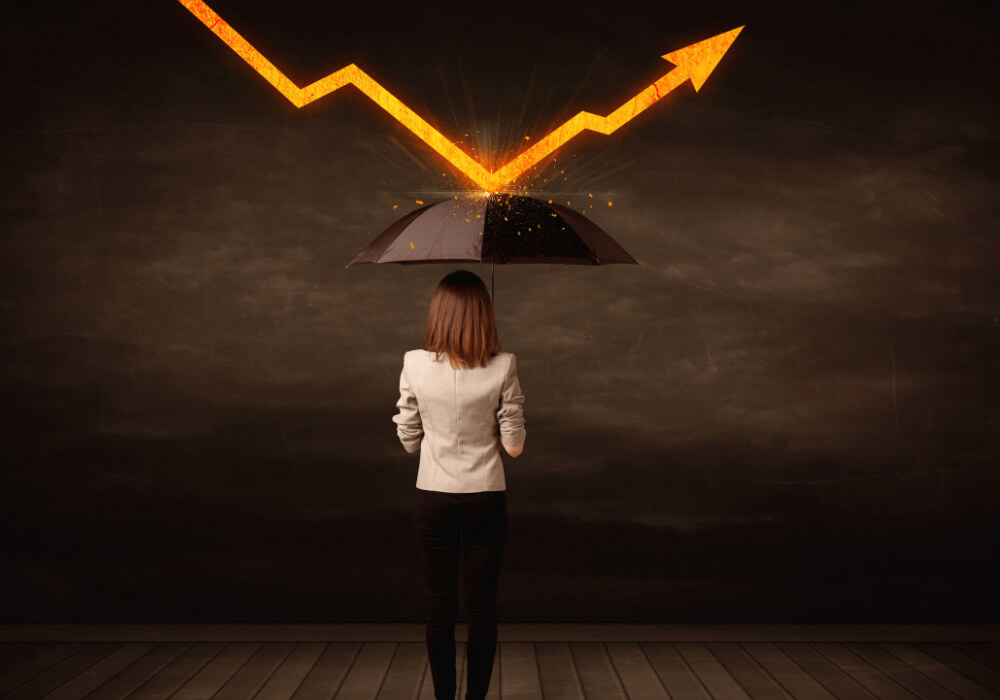 According to the latest KPMG and REC, UK Report on Jobs, recruitment activity continued to rise rapidly across the UK at the end of the third quarter, fuelled by robust demand for staff and rising economic activity.

At the same time, a near-record fall in candidate availability drove substantial increases in starting pay. Notably, permanent starters’ salaries and temp wages both rose at the sharpest rates in 24 years of data collection.

The report is compiled by IHS Markit from responses to questionnaires sent to a panel of around 400 UK recruitment and employment consultancies.

UK recruitment consultancies signalled a further sharp rise in hiring activity in September amid reports of increased activity at clients and improved market confidence. Permanent staff appointments expanded at a pace that was only slightly slower than August's all-time record, while temp billings growth edged down to a five-month low but remained marked.

...as vacancies continue to grow at near-record pace

The upturn in recruitment coincided with further steep increases in demand for both permanent and temporary staff. Overall vacancies increased at one of the quickest rates on record, with growth of permanent staff demand remaining quicker than that seen for temp workers. 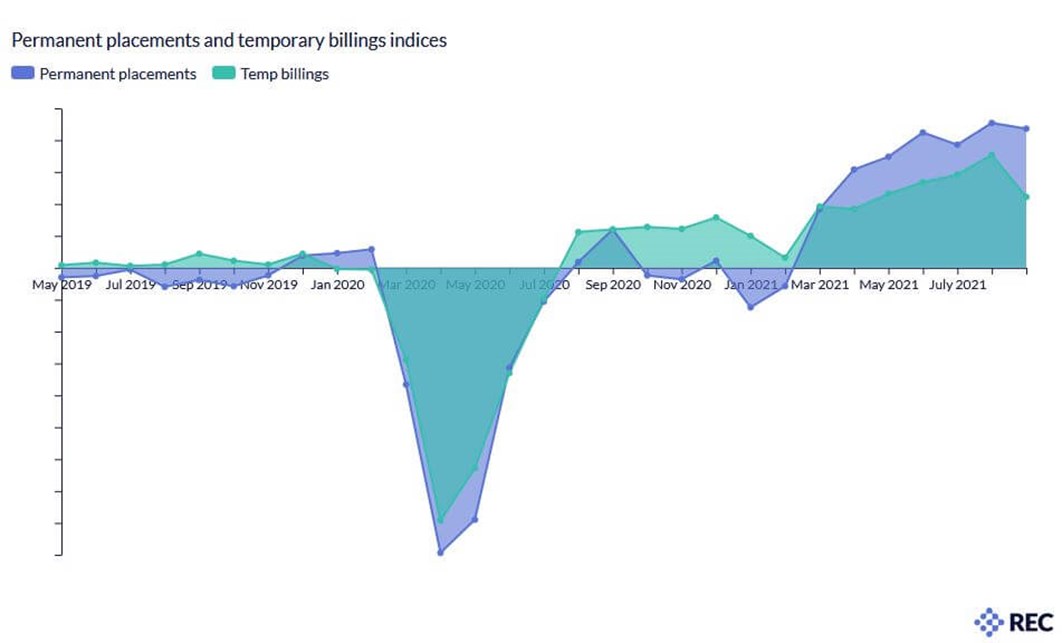 An imbalance of supply and demand for staff led to further upward pressure on rates of starting pay. Salaries awarded to new permanent joiners and wages awarded to temporary staff both increased at the fastest rates in 24 years of data collection.

...as availability of candidates falls rapidly

September survey data showed a further substantial drop in the availability of staff, with the rate of deterioration easing only slightly from August's all-time record. Recruiters indicated that greater demand for staff, a generally high employment rate, fewer EU workers and a lack of confidence among employees to switch roles due to the pandemic had all contributed to the latest decline in candidate numbers.

Regional data indicated that the North of England saw the steepest increase in permanent staff appointments, while the slowest upturn was in the Midlands.

Growth of temp billings softened across all four monitored English regions bar the North of England, which saw the steepest rise overall. The Midlands meanwhile saw the slowest increase in billings.

Data signalled that growth of demand remained considerably stronger for private sector roles than public sector vacancies in September. Underlying data showed that the steepest increase in demand was seen for permanent workers in the private sector. The slowest rise in vacancies was signalled for temporary staff in the public sector.

IT & Computing employees were the most in-demand type of permanent staff in September, just ahead of Hotel & Catering. Executive/Professional workers registered the slowest increase in vacancies, albeit growth was still sharp overall.

Hotel & Catering continued to see the steepest increase in demand for short-term staff at the end of the third quarter. As was the case for permanent roles, Executive/Professional saw the slowest rise in temp vacancies.

“Demand for workers continued to grow last month, while staff availability fell at a near record pace. Competition for staff has led to the fastest growth in starting salaries since this survey began – not just in logistics and food processing, but in white collar professions as well. But we have all seen how labour shortages have affected our everyday lives over the past few weeks, whether that’s an empty petrol station or fewer goods on supermarket shelves.

“The scale of the shortages we are seeing cannot be explained by one factor alone, but are a major challenge to businesses’ ability to drive the prosperity of the UK in the months and years to come – supporting families and paying the taxes that fund public services. While the current crises will pass, rising input costs and further tax rises would only mean higher prices and lower investment in the medium term. It is essential that government works in partnership with business to deliver sustainable growth and rising wages, rather than a crisis-driven sugar rush. That includes working on policies that encourage business investment, an international outlook and skills development, especially at Levels 1 and 2 where shortages are most acute – this will also help unemployed young people get into work.”

“This month’s unprecedented increase in starting salaries – the highest in 24 years - is being driven by the near record fall in candidate availability. While higher salaries are good for job seekers, wage growth alone is unlikely to help sustain economic recovery because of limited levers to bring people with the right skills to where the jobs are and increase productivity.

“The sharp rise in hiring activity is a reason to be hopeful, but competition is fierce. The end of the furlough scheme should be bringing tens of thousands of new people to the jobs market, but many do not have the right skills to transfer to the sectors with most demand.

“Reskilling and supporting people to move jobs which are in demand needs to be speeded up. Otherwise we may see these clear tensions in the labour market turning into a workforce crisis in many sectors.”

Thank you for reading.